After plans for the inaugural festival were scrapped last year due to the pandemic, West Suburban Irish will finally host its first Naperville Irish Fest this weekend.

On Friday and Saturday August 6-7, there will be live music, sports, dancing, food and fun at a family-friendly festival at the Frontier Sports Complex, 3880 Cedar Glade Road in Naperville. The hours are from 3 p.m. to 10 p.m. on Friday and from noon to 10 p.m. on Saturday.

Take part in the ribbon-cutting ceremony and be the first to attend the Irish Fest at 2:45 p.m. on Friday August 6 at the West Gate.

Paddy Homan will sing the national anthems of the United States and Ireland, and the Firefighters Highland Guard of Naperville will perform the bagpipe and drum classics. And the St. Patrick of West Suburban Irish will be there to impart his blessings for a successful festival. Bring your ticket or buy it at the door and make sure to arrive before 2:30 p.m.

Due to understaffing and concerns about the safety of carnival workers, festival organizers have removed the carnival rides from the list of events. But there will be plenty of fun activities for all ages in the park for everyone to enjoy. Free parking is available at Neuqua Valley High School and in the parking lot at the corner of Book and Conan Doyle Roads, which is on the east side of the Frontier Sports Complex. There will also be bicycle parking near the entrance to the Naperville Irish Fest. Free bus transport, courtesy of Quigley’s Irish Pub, will be available between the main area and the 95th Street Library on both days.

In the Hurling Batting Cage, learn how to swing this hurley and get the sliotar (ball) out of the park during festival hours. All ages are welcome. Hurleys and sliotars provided or bring your own.

There will be demonstrations and practical exercises between 3 p.m. and 10 p.m. on Friday or from noon to 10 p.m. on Saturday.

See how far you can hit the sliotar (ball) with a hurley stick during the Hurling Long and Straight Shooting Competitions from 3 p.m. to 10 p.m. on Friday and from 7 to 9 p.m. on Saturday. Everyone is invited to give it a try. The winner will be announced on Saturday between 9 p.m. and 10 p.m.

There will be plenty of activities for the kids, including bouncy houses and face painting, from 3 p.m. to 7 p.m. on Friday and from noon to 3 p.m. on Saturday.

Snap a photo with Southpaw, the Chicago White Sox mascot, from 3 p.m. to 3:45 p.m. Friday. He will also be handing out White Sox loot while supplies last.

On Friday August 6, learn to dance the jig with the McNulty School of Irish Dance.
– Courtesy of Naperville Irish Fest

The staff at Naperville’s 95th Street Library will entertain your little fairies and elves with traditional Irish folk tales and legends. This is an interactive outdoor event at the Library’s Wagner Pavilion, which is adjacent to the Frontier Sports Complex. From 4:00 p.m. to 4:45 p.m. on Friday, it will be the story of “Brave Margaret: An Irish Adventure”, according to the book by Robert D. San Souci, and Saturday, from 11:00 to 11:45, it will be “The Bee, the Harp, the Mouse and the Bum-Clock. ” From 3 pm to 3.45 pm it will be “Fairies Galore” with a description of what Irish fairies are, including short fairy tales and ending with remedies for children who have fallen under the spell of fairies. Children must be accompanied by parents or adults.

Meet Irish wolfhounds from the National Irish Wolfhound Association from 3pm to 7pm on Friday and Saturday.

On Saturdays at noon, take part in “Naperville CSI: Crime Scene Investigation Vehicle” and talk to real-life crime scene technicians and learn about the equipment they use to solve crimes, or meet the Dive Department’s dive team. ‘Naperville Fire and see the cool gear they use. At 2 p.m., see fire trucks and chat with a real firefighter live.

From noon to 3 p.m. treat your toddlers ages 5 to 12 with a free hands-on workshop in “Crafts for Kids,” a hands-on session led by Home Depot staff.

Cirrus Falcon will open the main stage at 3:30 p.m. The band have been a part of the Chicago music scene for over 20 years and play a ton of your Irish favorites.

On Friday, the McNulty School of Irish Dance, one of the Midwest’s largest dance schools, will perform on the Main Stage at 5 p.m. and on the Platform Stage at 6 p.m. Learn the jig with the dancers at 6:20 p.m. 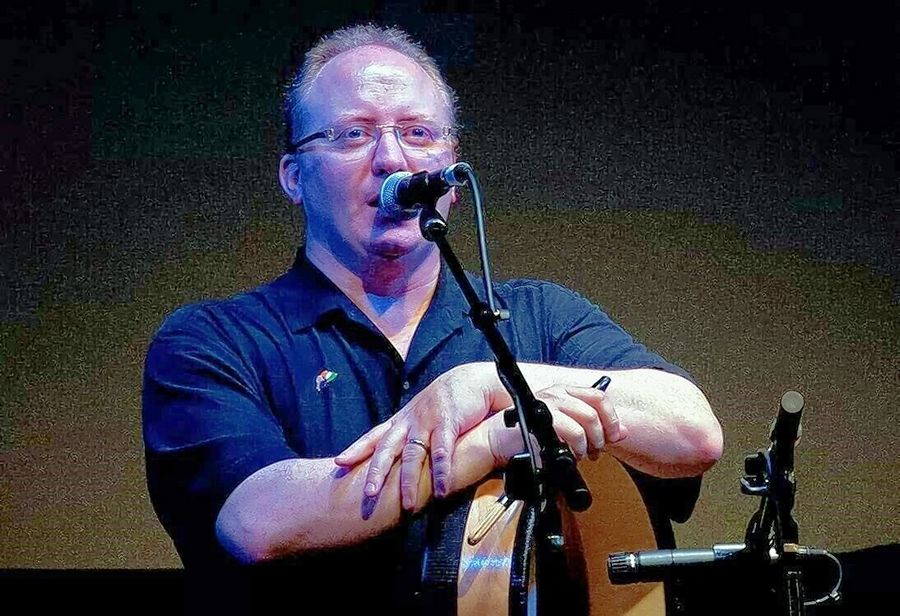 At 6 p.m. on the main stage, Paddy Homan, a traditional Irish tenor / bodhran player from Cork, will perform with the Noble Call, with Larry Nugent on flute, Brendan Bulger on violin, Jesse Langen on guitar, Joe Sheehan on accordion and Tadgh Spillane, a dance champion from all over Ireland.

At 8 p.m. on the main stage, the headliners, Without U2, recreate the image and sound of the legendary Irish rock group, notably by performing singalong versions of hits such as “Where the Streets Have No Name”, “Sunday Bloody Dimanche”, “Mysterious Ways”, “New Year”, “Desire”, “Pride (in the name of love)”, “Beautiful day”, “I will follow”, and more.

On Friday, on the platform stage, School of Rock will perform at 4 p.m. and then participate in karaoke at 7 p.m. In the Sessions tent at 4 p.m. on both days, anyone playing a traditional Irish instrument can join the Murphy Roche Irish Music Club and Burr Ridge School of Irish Music. 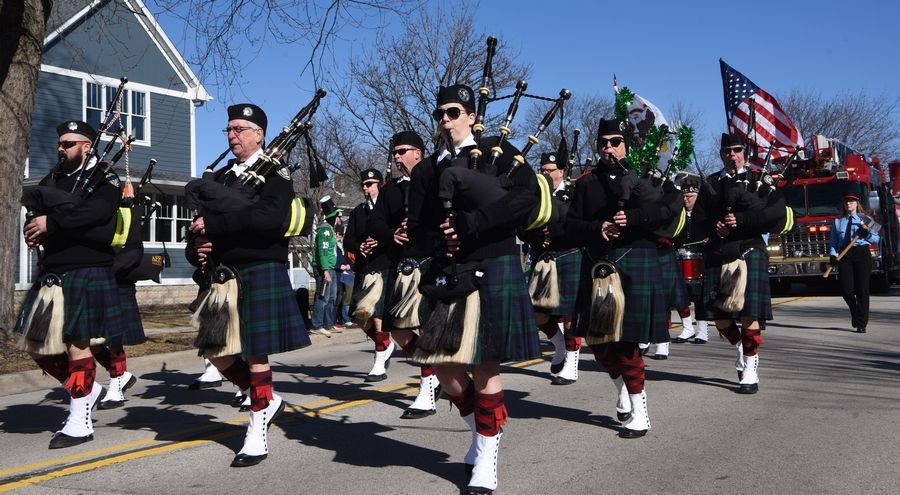 Although they were unable to participate in the St. Patrick’s Day Parade in Naperville this year, Highland Guard firefighters from Naperville will perform traditional and updated bagpipe tunes throughout the two-day Irish festival.
– Joe Lewnard | Staff photographer, 2019

Following the opening ceremony at 2:45 p.m. Friday, the Firefighters Highland Guard of Naperville, a staple of the St. Patrick’s Day parade, will perform traditional and updated bagpipe tunes at 6 p.m. Friday and noon and 6 p.m. Saturday. . Learn more about the group at www.napervillepipeband.com.

On Saturday, The Boils, a trio from Chicago offering a powerful mix of jigs, reels and songs, will kick off the main stage musical performances at 1:40 pm With Jim Conway on harmonica and tin whistle, Jack Callahan at on guitar and vocals, and Mike Austin on bodhran and percussion, The Boils combines their deep respect for tradition with contemporary interpretations, reflecting their Irish-American heritage.

At 1:45 p.m., the Hogan Irish Dance Academy of Arlington Heights will perform on the Platform Stage, followed by the School of Rock at 3:15 p.m. and karaoke at 7:00 p.m.

Whiskey Mick, a six-piece Irish rock cover band with a set list featuring The Pogues, Flogging Molly, Dropkick Murphys, The Tossers, Van Morrison and more, will take to the main stage at 3pm.

The Trinity Academy of Irish Dance will perform at 4:20 p.m. on the Main Stage and at 5:40 p.m. on the Platform Stage. Then the dancers will show you how to do the jig at 6 p.m. For nearly 40 years, this Chicago, Milwaukee and Madison institution has grown into the most recognized Irish dance program in the world.

At 5:40 pm on the main stage, Chicago Reel will offer a fresh take on traditional Irish music. Violin, flute, banjo and button accordion combine on piano to present a wide repertoire of coils and jigs – old and new – energetic and witty. 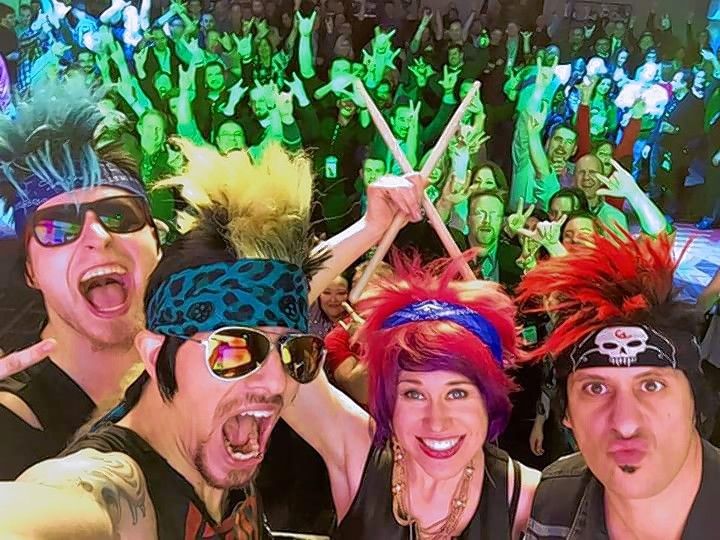 To top off the two-day festival, Chicago’s own Breakfast Club will recreate all of the radical sounds, styles and cool dance steps of the ’80s at 8pm on the main stage.