I think the biggest question I had while watching The Batman was “how did Jim Gordon get a job again?” Most cops who show up at crime scenes with a violent vigilante in full armor and Robert Pattinson’s 1,000 yard stare probably wouldn’t last long on law enforcement. But he does it anyway, and Battinson kind of sits around like an ironing board, then interferes with evidence, interviews police, and withholds information — and no one really seems to care. At one point he assaults a group of officers and that’s fine.

Of course, this is a comic book movie after all, despite the aesthetic and atmosphere often trying their best to pretend otherwise. Still, there’s a down to earth side to Matt Reeves’ epic that somehow makes it all feel grounded. Even when Batman and Catwoman walk around in what could easily pass for fetish outfits, there’s something incredibly believable about it all. It’s immediately apparent that he’s not an omnipotent hero – the Bat Signal does much of the work for him, scaring off most low-level thugs the moment he’s emblazoned on the smog. And then he does what he can until the sun comes up. It’s not perfect, but it’s damn effective.

And it’s not the first time, I know. Christopher Nolan’s Dark Knight Trilogy did something special with the universe, managing to present Gotham’s gallery of villains in such a believable light that, if anything, it was Batman himself who seemed to be the clown in costume. The Batman does something similar, but manages to be even more humorless than Batman Begins. Which isn’t necessarily a bad thing.

DC’s Caped Crusader film adaptations have been nothing if not dangling, but rather it’s Robert Pattinson’s version of Bruce Wayne that looks so different from what we’ve seen before. There’s none of the usual swagger and confidence, or the charming socialite of Michael Keaton or the fake playboy of Christian Bale. Pattinson’s Bruce Wayne is a mop-haired miser obsessed with fighting crime to the detriment of everything else in his life, but he’s a perfect fit for the world Reeves has built. And besides, at less than three hours, The Batman can’t afford to waste screen time on corporate mergers or anything Bruce Wayne actually does for a living. 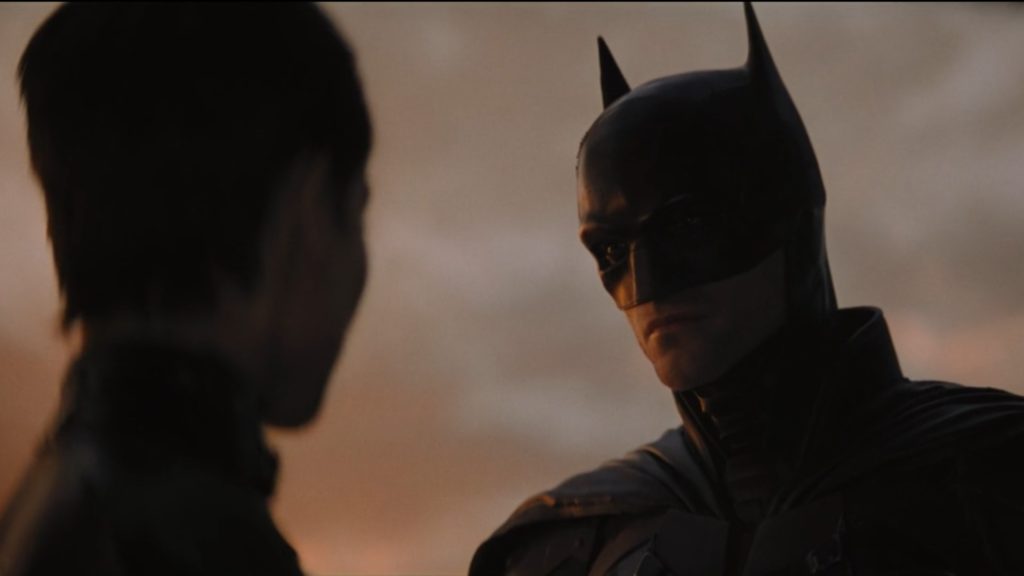 So instead, we get more duality between the crime-fighting character and the real man than perhaps ever before. You couldn’t watch this version of Wayne and even connect him to the unstoppable justice machine he’s becoming behind the hood. To his credit, Pattinson plays both characters almost perfectly. He’s the one getting rid of the last remnants of Edward Cullen, if you think he needs it. He carries a rare kind of constrained rage, whether as Wayne or Batman, always on the verge of losing his shit with everyone. Nobody.

Pattinson and Reeves do an amazing job of positioning Batman as the anchor for the whole movie. And while that seems obvious, it’s important to consider how many times the Batman character has been upstaged for whatever reason. Jack Nicholson and Heath Ledger stole the show as two very different versions of the Joker, Batman Forever was more like a Jim Carrey movie than a Val Kilmer movie, and Batman Returns belonged to Danny DeVito. But The Batman is in Pattinson, always. He remains the focal point throughout, commanding the screen in every scene and filling the surrounding space with simmering menace. 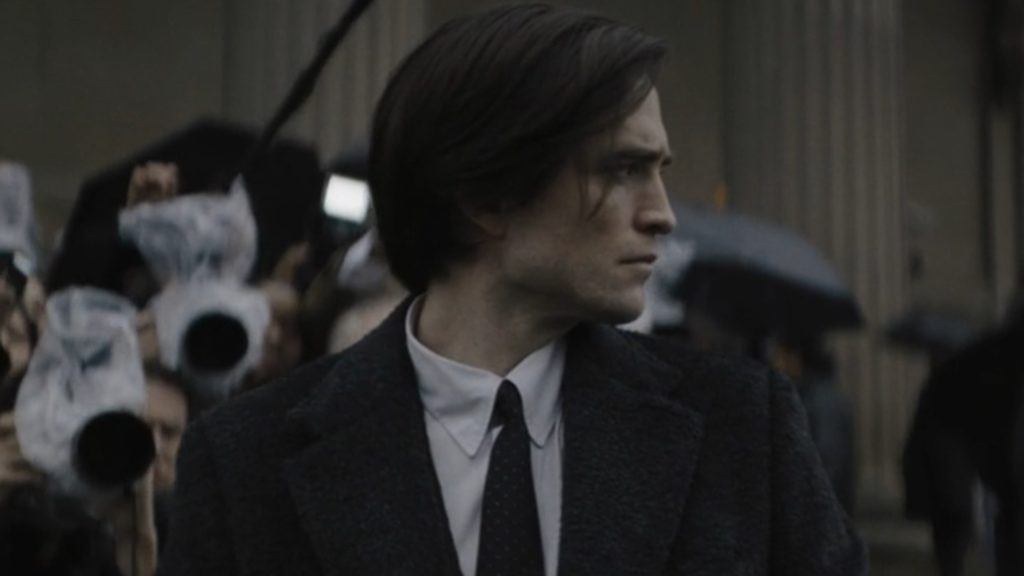 That said, the supporting cast is incredibly strong. Andy Serkis’ Alfred feels closest to Sean Pertwee’s iteration of TV’s Gotham, all stoic, British and a slightly better detective than the big guy in black. Meanwhile, Paul Dano is both terrifying and compelling as the Riddler, channeling streaks of Joker and Scarecrow through his portrayal. I’m still not sure Gary Oldman’s Gordon can be bettered, but Jeffrey Wright is fantastic here. He’s a good cop doing his best in a broken and corrupt city where vigilantes are more trusted than trained cops.

Elsewhere, there’s Zoe Kravitz, putting the cat back into Catwoman with far more integrity and enthusiasm than anyone since Michelle Pfeiffer. She’s vulnerable but capable, physically weaker than most henchmen she faces, but fearless in pursuing what she wants – in this case, good old-fashioned revenge against the set-chewing gangster. by John Turturro, Carmine Falcone. And finally, of course, there’s Colin Farrell, whose portrayal of Oswald Cobblepot is so good you forget he’s actually a mischievous, heavily made-up Irishman. 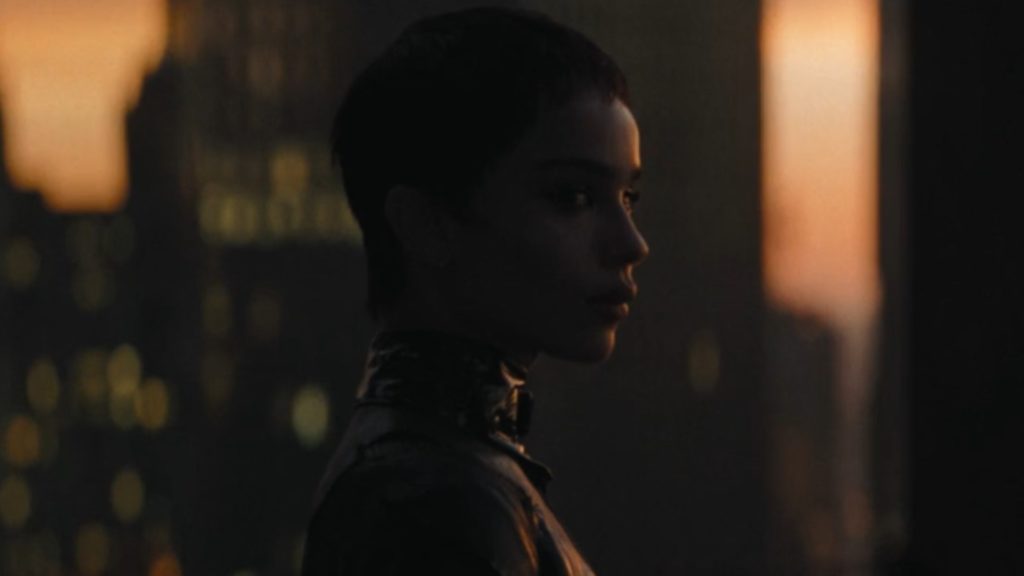 If there’s a gripe here, it’s that I often felt the action intruded on character development. The Batman is at its peak when it focuses on player interaction, to the point where the action scenes almost felt like an afterthought, something inserted to check a list rather than serve an actual goal. Reeves strives to make the punches heavy, dirty and gritty, then sprinkles in comic book stuff that threatens to tip the scales too much the other way.

It’s telling that the only time you really remember this being a comic book movie is when Battinson jumps off a skyscraper and smashes half a dozen obstacles onto his way to a full-speed collision with the ground, before rising as if I had just tripped over a doorway. Or maybe when he fires a shotgun shot from a yard away. Or does that thing where he somehow disappears when the person he’s with blinks for a second.

Is this the best Batman movie of all time? Some will say yes, others no. For me, it’s on par with The Dark Knight and just a bit ahead of Batman 1989, so almost almost, yeah. It’s a surprisingly well-shot film that somehow manages to make it through even at nearly three hours. It’s less of a mystery than it would like, but only because when you finally start to connect the dots between the Riddler’s victims, it’s a bit, well, disappointing. But as a study of Batman and the city he protects, it’s an absolute triumph.