Filmmaker Declan McGrath writes for Culture about his new musical documentary, Lomax in Eirinn, broadcast on TG4 at 8:30 p.m. on Sunday September 16.

“Alan Lomax is something of a renaissance man – one of the most important figures of the 20th century.”

These are not my words. These are the words of Iarla Ó Lionáird in our new film Lomax in Eirinn.

The film tells how Texan Alan Lomax began collecting music from poor and marginalized black people in the southern states of the United States in the 1930s, and how this experience led him to his dream of saving music from the world. This dream brought him to Ireland in 1951 and made him an important figure in the country’s cultural life. It’s a part of his life story that has been rarely told and that our film brings to light.

When Lomax arrived here in 1951, many (including himself) thought traditional Irish music was on the verge of extinction. His journey, however, resulted in the music’s first LP and became key to its revival in the 1970s by bands like Planxty, The Bothy Band and Clannad. That’s why Clannad’s Pól Brennan came on board as the narrator of Lomax in Eirinn. Pól also felt a more personal connection to Alan. The song of his childhood neighbor in Gweedore, Cití Ní Ghallchóir had been recorded and preserved by Alan Lomax. Additionally, one of the tracks he recorded from Cití featured lyrics written by Pól’s grandfather.

Music is the art form that has given me the most transcendence and joy. Sometimes it provided a handrail through life’s inevitable trials. Alan Lomax felt the same way about the importance of music for humanity – that’s why I wanted to make a film about him. However, he went further than most in his dedication. At the age of 17, he decided to dedicate his whole life to its recording, preservation and promotion.

Make Lomax in Eirinn we traveled to America to find out what motivated Alan. In Washington, we visited the vaults where the music he collected is kept for mankind at the Library of Congress. In the bayous and backwoods of Mississippi, Louisiana and Texas, we visited the places where Lomax found his calling. Cameraman Colm Hogan filmed these landscapes, places that exude a unique sense of place and people – a uniqueness that Lomax believed to preserve and celebrate when he collected music from the people who lived there.

According to Lomax, the music of a people preserves their memories. As an expression of their particular life and experience, it also gives these people a voice in the world. This voice was especially valuable when it belonged to the “voiceless” – those marginalized by society such as black people in Mississippi, poor white people in the Dust Bowl and indeed everyday farmers, fishermen and housewives. that Alan Lomax recorded along the west coast. from Ireland.

In a film about the value of music, it was important that the music we presented was breathtaking. A thrill for me was approaching some of my favorite artists to play tracks that had been recorded by Lomax, each representing different forms and approaches. A bigger thrill was that they all came on board, such was the respect they had for the Texan collector. Sound engineer John Brennan has captured the power of these performances in the constraint that they are recorded on location and showcase their authentic, immediate intensity – just like the field recordings made by Lomax. 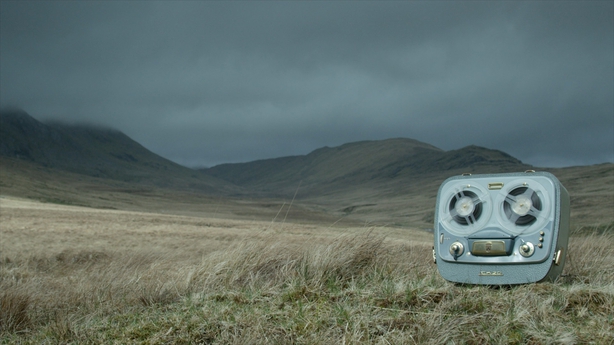 And so Lomax in Eirinn is packed with great performances from Steve Earle, Clannad, Nell Ní Chróinín and Slow Moving Clouds. It also features some of the best recordings Lomax has made around the world. From this musical mix, editor Dermot Diskin created a soundtrack that flows continuously throughout the story of Lomax’s life. By interweaving this soundtrack with a visual mix of contemporary footage and historical archival footage, we sought to reflect Lomax’s belief that music connects us not only to our ancestors, but also to others in our time and their different stories. This is one of the reasons why we should appreciate it.

More importantly, it reminds us of how enjoyable and powerful music can be in our lives.