VERGENNES — This fall at Vergennes Union Secondary School, the boys’ soccer team is looking to extend a string of good seasons, the girls’ soccer team is hoping to bounce back from a rare campaign, a former coach returns to lead the cross-country, and at least one of the new varsity sports seems to be gaining traction.

Coach Kevin Hayes’ side have been in the title hunt for at least two seasons, with one-goal defeats in the Division III men’s football semi-finals in 2020 and 2021.

Hayes believes a squad of nine seniors, most of whom are expected to play key roles this fall, has the potential to be back in the running.

“The outlook is positive,” Hayes said. “The core is good. The midfield is solid. »

Four of these seniors will start in this midfield. Jack Wyman as an attacking central midfielder and Parker Kayhart will line up in the middle with a defensive orientation. Classmates Shamus Rooney and Gideon Palmer will be looking to pack an attacking punch from the flanks, while junior Ryder Messinger is also likely to join them in the starting lineup down the middle.

Seniors Henry Anderson and Connor Kelly and sophomores Ethan Croke, Spencer Grimm and Gabriel Scribner will all be in midfield.

Hayes planned to give seniors Elijah Duprey and Xavier DeBlois the starting nods to striker, with seniors Abram Francis, Kelly and Scribner available for rotation.

Between this group and the attacking middies, Hayes expects production.

“We will create opportunities,” he said.

The back line, hardest hit by the graduation, will be rebuilt. Junior Oakley Francis saw time at center a year ago and is now taking over full-time. Senior Eli Brace and sophomore Spencer Gebo will flank him most of the time.

But Hayes could opt for a four-back line-up at times, either moving a central midfielder or giving the other defenders, junior Sawyer Leonard and rookie Ryker Mosehauer, more time. Junior newcomer Devin Brisson takes over in goal.

How a defense with three new starters and new goalie fare will be critical, but Hayes said he’s confident they’ll grow in their roles.

Because the Commodores have a tough regular season against Division I teams in the Lakes Division, they’ll need to bring their A game every day to compete, Hayes said, while picking up enough wins to earn a seed. Favorable D-II would be helpful.

“We’re looking to race again, like the last two years,” he said. “We’ve had 10, 11 winning seasons, so that’s pretty good. We’re trying to maintain that and get a better playoff spot than we did last year.

In 2021, a first-round playoff loss as a low seed shattered the VUHS women’s soccer program of four straight seasons making the D-III final. With the team’s usual tough schedule, co-coaches Pete Maneen and Dwight Irish aren’t saying the Commodores will bounce back to those heights even with an infusion of talented youngsters, but they’re looking better.

“We’re going to have good, solid young players,” said Irish. “Our starting XI is going to be quite respectable. From there, I think we’re going to compete better, and I think that could translate into more wins.

It’s not that the team doesn’t have top class men – there are seven seniors on the roster. But three didn’t play football in high school, and coaches predicted that only three others would start – defensive central midfielder/defender and unofficial team manager Reese Gernander, outside midfielder Bee Eckels and outside full-back Sam Hallock.

Irish said the group is talented, but there may be some growing pains as they adjust to college play in the Lakes Division.

“They’re young, so they’re probably going to have bumps and ups and downs along the way,” Irish said.

Amelia Giroux will have support in central defence, where she will be paired with either her older sister, junior Madelyn Giroux, or Gernander. The coaches said sophomore Jing Williams would likely get the nod on the other side of the defense against Hallock. Seniors Siobhan Potter and Natalie Bergeron will serve as outside backs.

Junior Kaelin Sullivan returns as an attacking central midfielder to help control the midfield; it is coming off a solid second season. Along with Gernander or Giroux and the two freshmen, junior Emily Lowe will rotate in central midfield.

With Sullivan and Francis in midfield, seniors Carlyn Rapoport, Olivia Correia and Claire Hatch, along with second-year Tryphene Miguel, are in the mix. Junior Alaina LeBeau and Miguel join Francis as forwards.

Irish said the chemistry also looked like an advantage early on, with the seniors making newcomers feel welcome. He thinks that regardless of wins and losses, the season should be positive, but the harmony could also help tip the Commodores’ record in a favorable direction.

“I feel like the team dynamic this year is really good. The girls get along really well,” Irish said. “It feels like a real team, and most of the time that translates to something good on the pitch.” 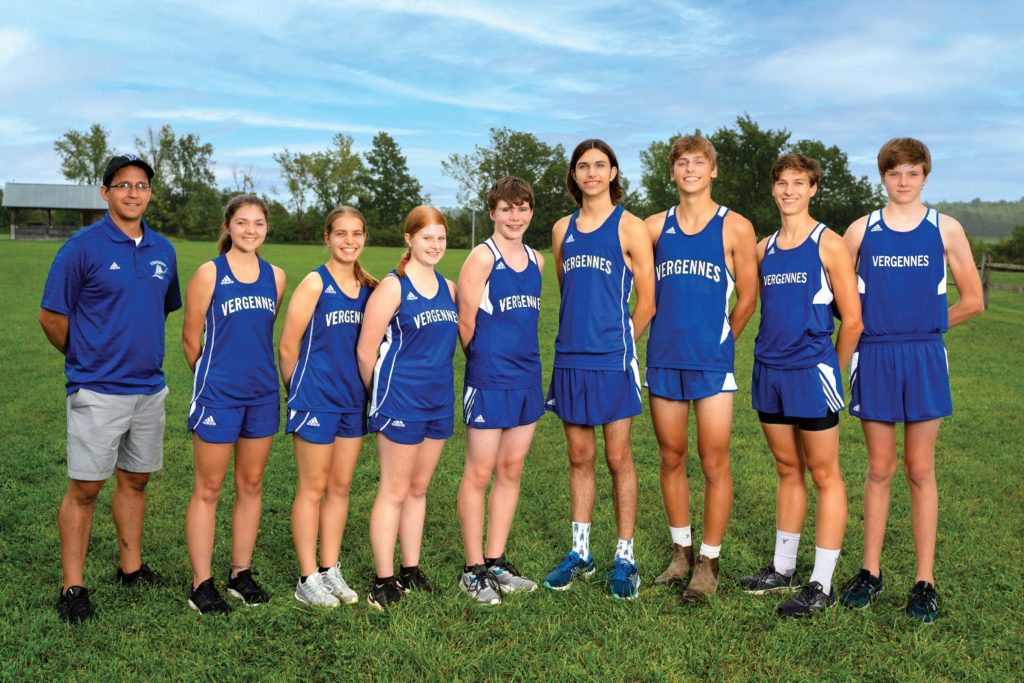 After a year off due to labor disputes, former VUHS cross country and track coach Brad Castillo is back to take over the reins of the cross country program. He inherits a program that once again has few staff. When the school opened, there were five boys, the bare minimum to compete in the D-III state competition, and only three girls.

“It’s a small team, which is nothing new for us,” he said.

But two more girls would at least allow this team to score in all of their encounters, and given the small margin of error on the boys’ side, Castillo was hoping for more rookies.

He sees the potential in people. The only senior on the team is Jasmine Little, a college basketball and softball player who is new to cross-country and has great athletic ability; Castillo thinks she could thrive in cross country. He also believes junior Zoe Reid St. John will progress with a strong work ethic. Sophomore Torrey Hanna is the team’s veteran, and he said she could “break through” this fall.

He sees juniors Calder Rakowski and Calvin Gramling as the most likely to be the boys’ top runners, with sophomore Gray Fearon and freshmen Carter McGuire and Chance Koenig promising.

The group made a good impression on Castillo early on.

“They are thrilled to be here,” he said. “They are attentive. They are smart. It’s a great group of kids. They seem to want to learn how to do it. Most of them run all year round… They’re ready and they showed up every day ready to work.

A D-III championship might be unrealistic, at least this fall, Castillo said. but working to improve and seek personal bests are reasonable and worthy goals.

“My goal is to make sure they go to every meeting with their own motivation to improve in some way,” Castillo said. “We are going to see how we can improve individually within each person. Many of them have expressed running goals at times. 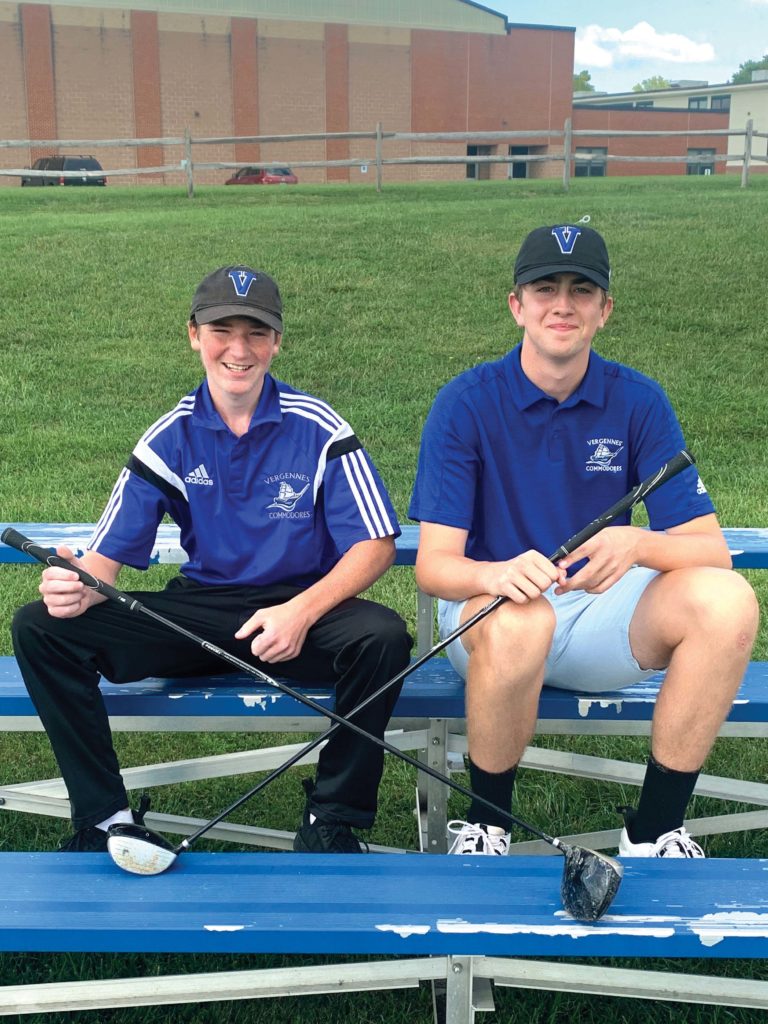 Only two golfers have signed up to play this year for VUHS. Sophomore Devon Pierce returns after playing on the team in 2021, and senior Nathan Muzzy joins him.

They will work on their scoring matches under the tutelage of Basin Harbor professional Jason Hughes and look to compete as individuals in Metro Conference events.

They’ll have company: VUHS Grade 8 student Benjamin Hale and Mount Abraham senior Brenden Oxford will join them to learn the intricacies of the sport from Hughes on the Basin Harbor course.

Meanwhile, the sport of bass fishing, which the VPA has endorsed in recent years as a university activity, has grown at VUHS in its second fall. When the school opened on August 31, coach Jack McGuire’s varsity team had five members: junior Lizi Bennett, sophomores Zachary Norris, Brody McGuire, and Felipe Sanchez; and freshman Harmony Stearns.

And nine middle schoolers have signed up, though they won’t be allowed to participate in the sport’s two VPA-sanctioned events, both at the John Guilmette Access Zone at South Hero: The VPA Classic High School Tournament on 17 September and the championship. tournament on October 8.

McGuire said he plans to reach out to coaches from other local high schools to organize scrums to give all of his anglers a chance to compete. 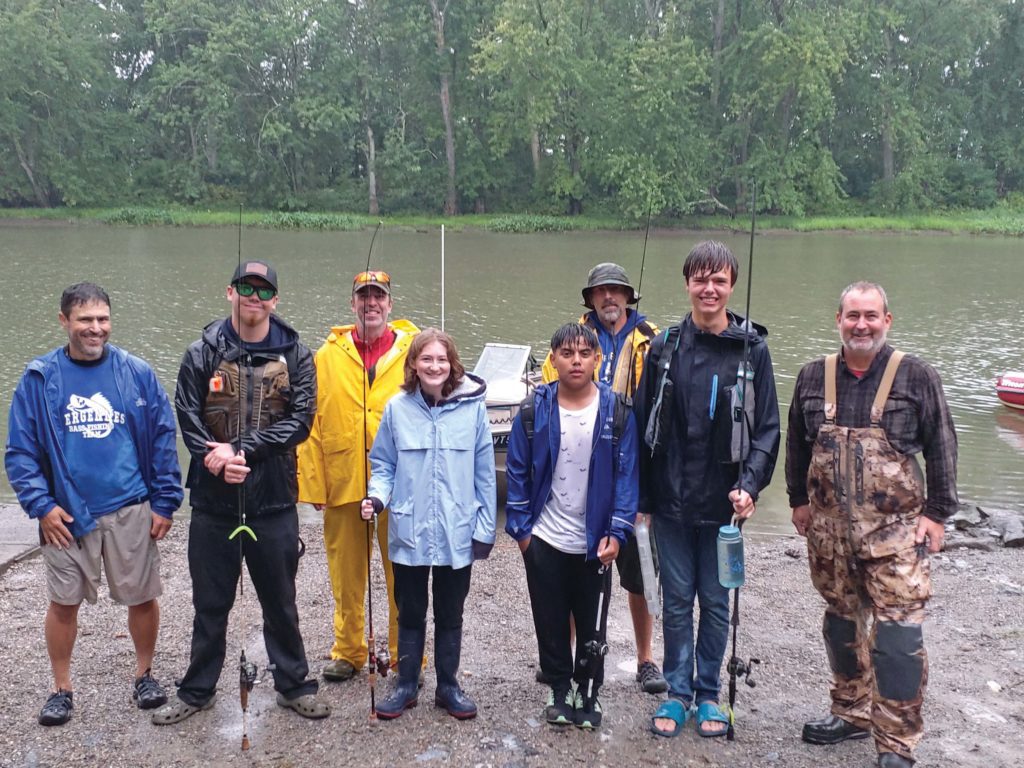 But he said getting out on the water and learning to enjoy a lifelong activity was more important than winning.

“My goal is more attendance than ‘Vergennes wins the state championship,'” said McGuire, who is excited to see the program grow.

He is also grateful to his half-dozen assistant coaches, who provide the team’s boats and fuel as well as advice to anglers. He said that without them, their ships and their support, the team could not thrive.