A student of Clare from the National College of Art and Design (NCAD) – along with her teammate Cavan – hit the right mark with their design for a new trophy that will be awarded to musical artists with a number one single or album, on the Card official IRMA.

The Irish Recorded Music Association (IRMA) worked in partnership with NCAD in their search for an innovative and eye-catching trophy design for this new music award, opening the competition to teams of NCAD students. 27 NCAD students entered the competition, including Katie O’Brien, a native of Ballyvaughan, working in small design teams that aimed to conceive and develop an innovative new design. The final designs were then evaluated by contest judges, including Bláthnaid Treacy, host of the weekly National Charts Show on RTÉ 2FM every Friday night, and representatives of the Official Charts Company, which compiles Irish music charts.

Katie O’Brien and her teammate Kate McKenna recently learned that they had won the design award, and both attended a photocall at RTÉ with presenter Bláthnaid Treacy last Friday with the prototype of the trophy. Katie, 21, is from Ballyvaughan and previously attended Mary Immaculate High School in Lisdoonvarna before enrolling in the Bachelor of Science in Product Design at NCAD. She said the couple – who are classmates – had worked together on several other projects before and were thrilled when they heard the news:

“The design of the trophy was based on Universal’s (Music Ireland) claim that it would be simplistic and symbolize being the best in music. It means a lot to win this because it’s the first of our designs. to be produced, as well as to be presented to major artists ”,

Katie is currently studying on an internship at Boston Scientific in Galway and her family still lives in Ballyvaughan. 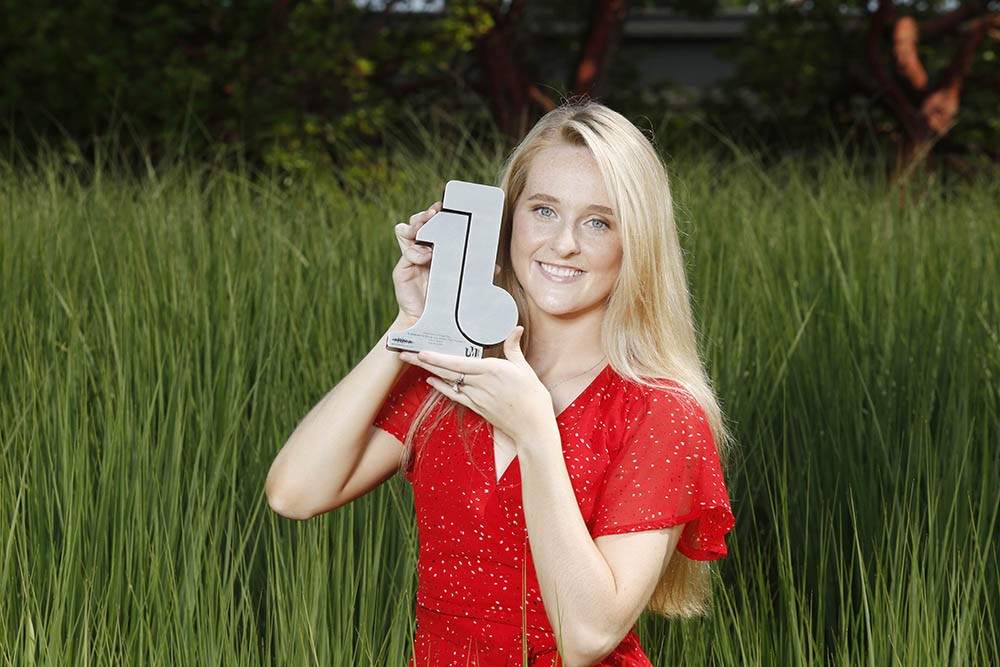 Willie Kavanagh, President of IRMA, said: “We are absolutely delighted with the new design of the trophy and we have been blown away by the quality of the designs developed by the students at NCAD. This is a very important new award for musical artists and it is open to Irish and international artists. This fabulous new prize will reward their enormous achievement by reaching the top of the Irish singles or albums charts. I would like to warmly thank the NCAD project team and the students who worked on this fantastic project.

Aoife McInerney, of the National College of Art and Design, said the college takes great pride in the quality designs crafted by NCAD students: “The level of design and presentation work was exceptional from all who have participated in this competition. We would also like to thank IRMA for choosing to partner with us on this project. Initiatives like this are a great way to showcase the very strong design ability of NCAD students, as well as recognize exceptional flair, talent and execution, ”she said.

Irish rock band Inhaler were the first recipient of the award when their new album “It Won’t Always Be Like This” hit number one on the Irish charts last week.